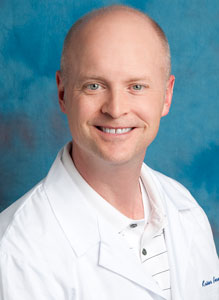 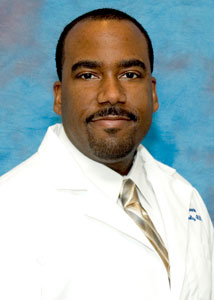 The Southeast Permanente Medical Group (TSPMG) is pleased to announce that Craig Logan, MD, is our new Chief of Radiology. He assumes the role from Neil Cooper, MD, who has done an outstanding job of leading and growing the department.

Dr. Logan, who joined TSPMG in 2005, has served as Section Chief of Informatics in Diagnostic Imaging for six years. He was the lead physician during our successful PACS conversion, has led many working committees, and has demonstrated his commitment to continuous improvement. In addition to his clinical role, he is an avid reader, an aspiring guitarist, and a very active volunteer for local and national community benefit organizations. Craig is a very thoughtful individual, respected by his department, and has the skill set to continue advancing the department of radiology. I am confident he will be successful in his new position.

Neil joined TSPMG in 2008 as the acting chief and has been in the role for 10 years, transforming the department into the high quality, highly efficient department we know today. His guidance has grown the department from 8 to 19 full time radiologists, added sub-specialization of modalities with outstanding hires, improved turnaround times, and strengthened morale. I will personally miss Neil and his leadership but respect his decision to “pass the baton”.

Dr. Logan will officially begin his new role on July 1. He and Dr. Cooper will work closely during the during this time to ensure a seamless transition.

Please join us in welcoming Dr. Logan to his new role and thanking Dr. Cooper for his years of selfless service.

The Southeast Permanente Medical Group (TSPMG) is pleased to announce that Scott Cutro, MD, has been named Chief of Infectious Diseases. He had served as Lead Physician of the department since April 2016. The department has grown and flourished under his tenure and now includes four physicians and an Associate Practitioner.

Dr. Cutro received his medical degree from the UMDNJ-New Jersey Medical School and completed his residency in Internal Medicine at Emory University and a fellowship in Infectious Disease at the New York University School of Medicine. He is Board certified in both internal medicine and infectious disease. He joined TSPMG in 2013.

Please join us in congratulating Dr. Cutro on his new role.

TSPMG is pleased to announce that Christopher Jones, MD, has been named Chief of Orthopedics.

Dr. Jones, a California native, received his undergraduate degree from the University of California-Davis (where he was a member of the football team and named an Academic All-American by ESPN) and his medical degree from the University of California - San Francisco School of Medicine. He came to the South to complete a residency in Orthopedic Surgery at the Duke School of Medicine and completed a fellowship in Orthopedic Sports Medicine at the Southern California Orthopedic Institute. He joined TSPMG in 2015.

We want to thank Dr. Theodis Buggs and Dr. Michael Bakheet for their service as Ortho & Sports Medicine leads over the past months. Together, they have worked to help the department gain efficiencies, expand our Orthopedics and Sports Medicine practices, and deliver higher-quality, more affordable care to our members. We want to extend a special thanks to Dr. Buggs for his leadership in developing our extremely successful 23-hour total joint program.

We are very confident that Dr. Jones will be a great leader. He is dedicated, motivated and ready to take advantage of the many opportunities available to his growing department. Please join us in welcoming him as Chief.

TSPMG is pleased to announce that Howard Pike, MD, has been named Chief of Foot & Ankle Care. This newly created department incorporates our Podiatry department and Orthopedic Foot & Ankle Fellowship-trained physicians to provide focused, expert care for our members.

Dr. Pike received his medical degree from the University of Michigan Medical School. He completed his internship and a residency in orthopedic surgery at Wayne State University and a fellowship in Orthopedic Foot and Ankle Surgery at Portland Orthopedic Foot & Ankle Center in Portland, Maine. He joined TSPMG after a successful private practice career in the Atlanta area. In addition to his Atlanta practice, Dr. Pike previously worked in Kaiser Permanente’s North Carolina Region, where he learned to truly valued our integrated care model.

Howard is extremely hard working and cares deeply about solving problems in his department. He works well with others and was the unanimous choice of his department to take this role. We have no doubt Dr. Pike will flourish in this role.